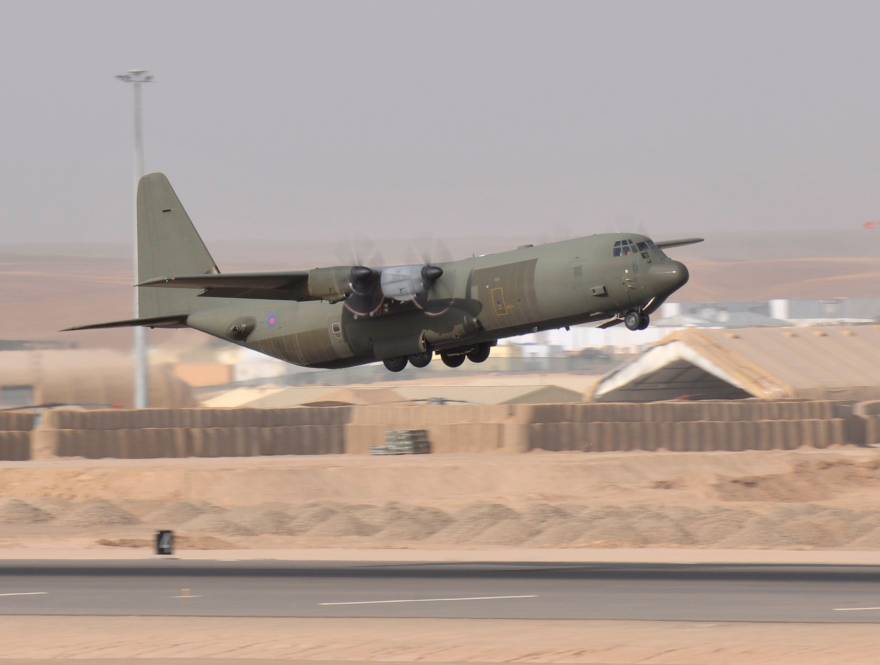 Since joining Marshall eight years ago, Senior Customer Service Manager Al Thompson has enjoyed lots of proud moments helping to look after the in RAF’s C-130J aircraft but none more so than in Autumn 2014 when the fleet was pushed to its limits supporting the UK’s withdrawal from Afghanistan.

“At the time the RAF had 24 aircraft in the fleet and routinely we would have five or six of them here in Cambridge for planned scheduled maintenance. However, given the massive scale of the evacuation from Operation HERRICK, the Royal Air Force asked if we could pull out all the stops to make as many C130 aircraft available as possible to complete the mammoth task.

“In my then role as Fleet Manager, I worked hand in hand with my former RAF colleagues to delay and reschedule maintenance inputs resulting with only three C130 aircraft at Cambridge during the planned 3-month withdrawal period. This ensured maximum aircraft availability at RAF Brize Norton and played a significant role in the withdrawal being completed two weeks quicker than initially planned.

“The exercise itself was the perfect example of what makes the Hercules such a valuable platform - its ability to land just about anywhere was particularly important, as some of the bases had temporary runways that most aircraft just weren’t able to land and take off from.

“They also had to be able to operate pretty much non-stop in an incredibly challenging environment to complete the withdrawal of hundreds of the thousands of tonnes of equipment used by UK troops during the conflict. At the height of the conflict there were 9,500 members of our Armed Forces in the country so you can imagine the level of logistics support required.

“Given the scale and nature of the task I don’t honestly think there is another aircraft that could have handled the withdrawal so effectively and am proud that Marshall was able to play its part in making it happen.”