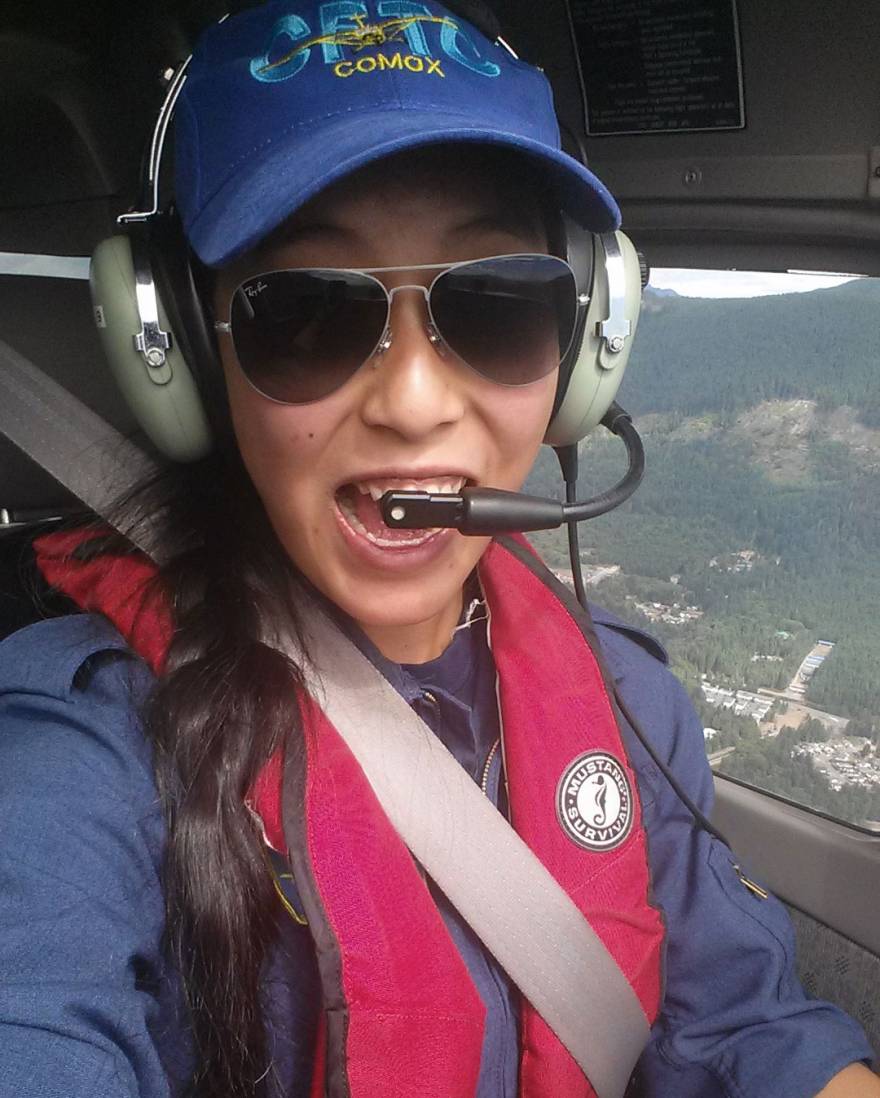 Elaine Leung joined Marshall six months ago as an engineering co-op student and has been flying high ever since.

She is currently working on tasks to support Canada’s CC130H fleet and has assisted in the mechanical design of packaging machinery, streamlined processes, and programming to produce custom parts.

Elaine’s interest in engineering started in elementary school after getting an educational robot kit for Christmas.

“I clearly remember spending day and night carefully following the instructions to build the humanoid.”

“And I’ve always been fascinated by flight, because it proves to us that humans have the capacity to achieve what we thought was impossible. I wanted not only to learn how to fly, but also to learn about how aircraft are designed and built. It was from that point on that I realized I wanted to be a mechanical engineer specializing in aerospace.”

She achieved her flying goals and received her glider pilot license and private pilot license at the ages of 16 and 17 through the Royal Canadian Air Cadet program.

And she’s a real advocate for women in STEM roles and delighted that the faculty of engineering at University of British Columbia in Vancouver, where she studies, has increased its female enrolment to approximately 26% in 2019 compared to 19% in 2004.

“I think we should promote gender diversity, equity, and inclusion in engineering and introduce engineering at a young age, as well as educate youth and adults through women-focused events about the profession. We should also empower women to defy gender norms and work towards their goals,”