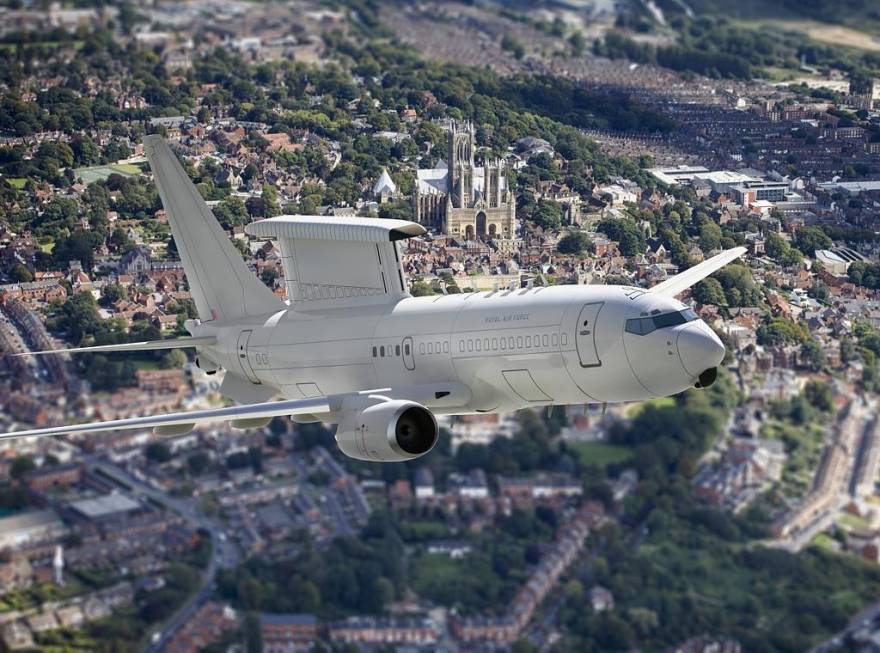 Marshall Aerospace and Defence Group in Cambridge has signed a contract with Boeing to commence preparatory work for the E-7 Wedgetail Airborne Early Warning & Control (AEW&C) Programme. This Risk Reduction contract facilitates Boeing’s selection of Marshall to undertake the complex aircraft modification work to build five E-7 Wedgetail aircraft for the Royal Air Force. The subsequent programme of work is being discussed between the companies, and will be announced in due course.

Marshall is key to the conversion and delivery of the new fleet, and this contract with Boeing will ensure it is fully prepared to begin the modification process in Cambridge early in 2021.

The Boeing E-7 Wedgetail will modernise the UK’s airborne battle management fleet and provide situational awareness by tracking multiple airborne and maritime targets simultaneously, with a surveillance coverage of four million square kilometers over a single 10-hour flight period. With the E-7 Wedgetail, the RAF will become the latest operator of the advanced AEW&C aircraft, a platform already proven in operations around the world with the Royal Australian Air Force, the Turkish Air Force and the Republic of Korea Air Force.

“We are delighted that we have been selected by Boeing for this role in the delivery of the E-7 and are very proud to be playing such a key role on such a strategically important programme for the UK MOD.

It is a great validation of the work that we are already doing for the RAF to drive availability of the C-130 fleet and builds on over 50 years' of partnering. Along with our unrivalled expertise in complex integration projects, it is a clear demonstration of our ability to develop and deliver world-leading applied engineering services.

We have a team of employees ready to work on this programme which will ensure we are prepared to start immediately on modifying the first aircraft when it arrives with us in Cambridge. We will be further growing the team as we move towards 2021 and agree the follow-on work to modify the aircraft as the programme matures.”

“The E-7 programme will provide the RAF with a combat-proven capability that is both low risk and the best capability in the world, and I’m proud that we will be modifying the planes here in Cambridge and further contributing to the continued growth of aerospace in the UK. Boeing and our key supplier Marshall are fully dedicated to delivering the world’s most advanced, proven, capable and reliable command-and-control aircraft to the RAF.”