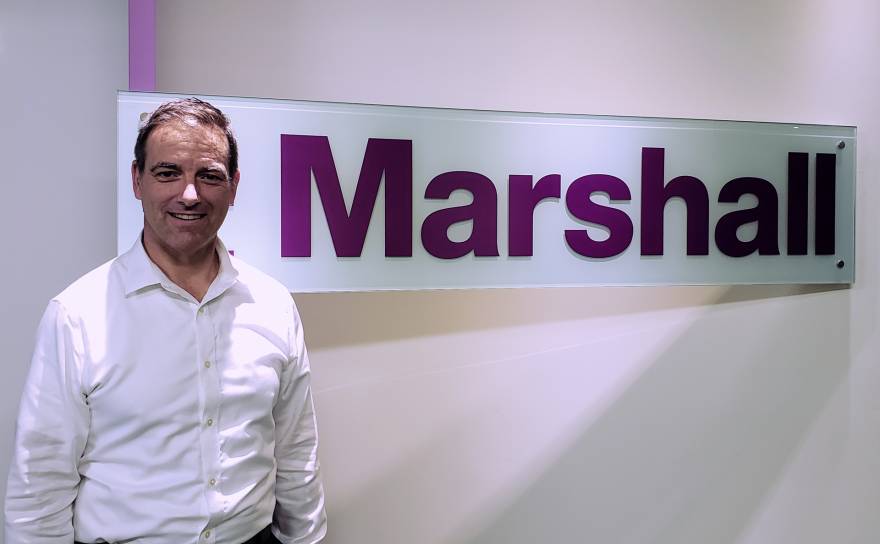 Ian Anderson joins Marshall after nearly 30 years in the Royal Canadian Navy, during which time he was deployed to the Caribbean, North Atlantic and the Persian Gulf, among other missions, before retiring in 2014 in the rank of Commander.

During his military service Ian was instrumental in bringing ships from drydock to high operational readiness, giving him a clear understanding of project planning and implementation. He also has extensive experience in strategic planning and policy development.

“I’m delighted to join Marshall at such an exciting time in its Canadian business,

“Canada and UK have a long and close business relationship and I am looking forward to building on, and growing, those links and raising Marshall’s profile in Canada.”

Marshall has been in Canada since 2006, with headquarters in Ottawa, as well as an office in Abbotsford, British Columbia, from which the company supports the country’s growing aerospace and defence industry.

And the company has worked in close collaboration with Canadian companies to fulfil the contract and the Canadian Government’s Industrial Technology and Benefits initiative.

“It’s great to have Ian onboard. He brings a wealth of experience and I know he will be a real asset to the team and to Marshall. I’m confident he will strengthen and grow the tremendous relationships we have forged in the Canadian market.”

Ian joins Marshall after four years as Senior Consultant and Business Development Director for technologies companies. He studied History at Carleton University in Canada and has a Masters of Maritime Studies from the University of Wollongong in Australia. He lives in Ottawa, Ontario and is an avid cyclist.