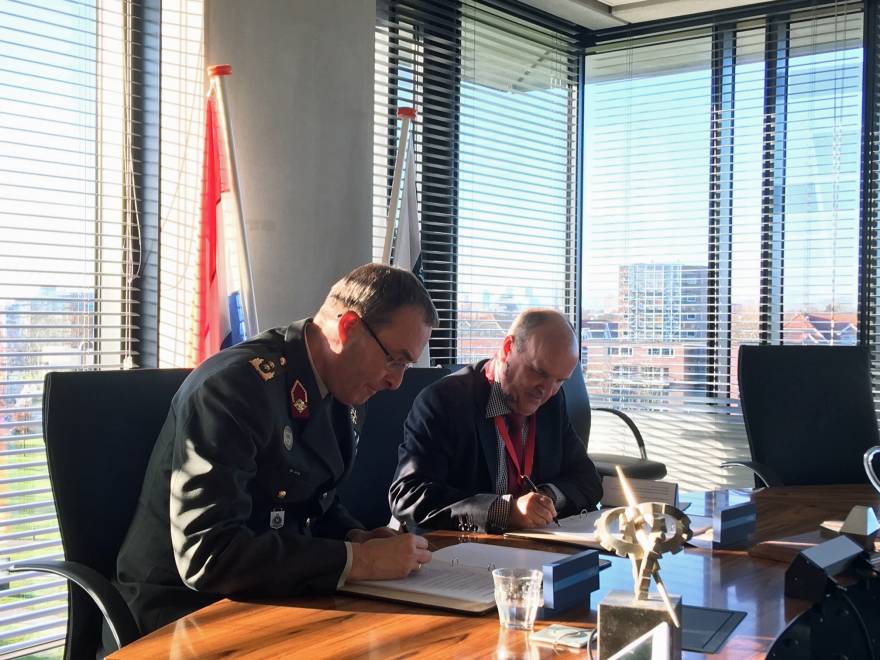 The next generation of containers for the Dutch Armed Forces is to be supplied by Marshall Aerospace and Defence Group following the award of contract worth in excess of £100 million by the Dutch Defence Materiel Organisation (DMO). The acquisition of the container systems is part of Defensiebrede Vervanging Operationele Wielvoertuigen, or DVOW, which is a major programme to update the Dutch Armed Forces with new vehicles, containers and support equipment.

Marshall will be providing more than 1400 container systems over the next five years. These include command and control shelters, workshops, controlled atmosphere and basic stores units, together with a 14 year fully integrated availability support package. As part of the design work Marshall is providing a new expandable container which uses lighter materials but maintains the strength of its in-service Matrix Expandable products.

“Winning this contract is a major milestone in the strategic development of our Land Systems business and emphasises our capability to manage major programmes which benefits not only Marshall but local suppliers,”

“During both the implementation and support phases of this contract we will be working closely with Dutch industry not only as part of the supply chain but also as part of the development of our business across Europe,”

Marshall will be working with a range of suppliers during all stages of the contract and its subsidiary company, Marshall Aerospace Netherlands BV based in Leiden, which will be providing engineering and supply chain management and acting as a focus for the contract.

The contract comprises two main elements, the production of the various containers and a full support programme. The latter encompasses a full availability-based fleet management package, ensuring that the units are maintained to the latest standards, together with a significant training commitment.

Marshall has had a presence in the Netherlands since 1995 when it provided command and control shelters. Subsequently it has supported the country’s C-130 fleet, provided ambulances, flat racks, fitted out the Boxer AFV ambulances and, most recently, been contracted to provide an advanced Medevac pallet, which is currently in final development.