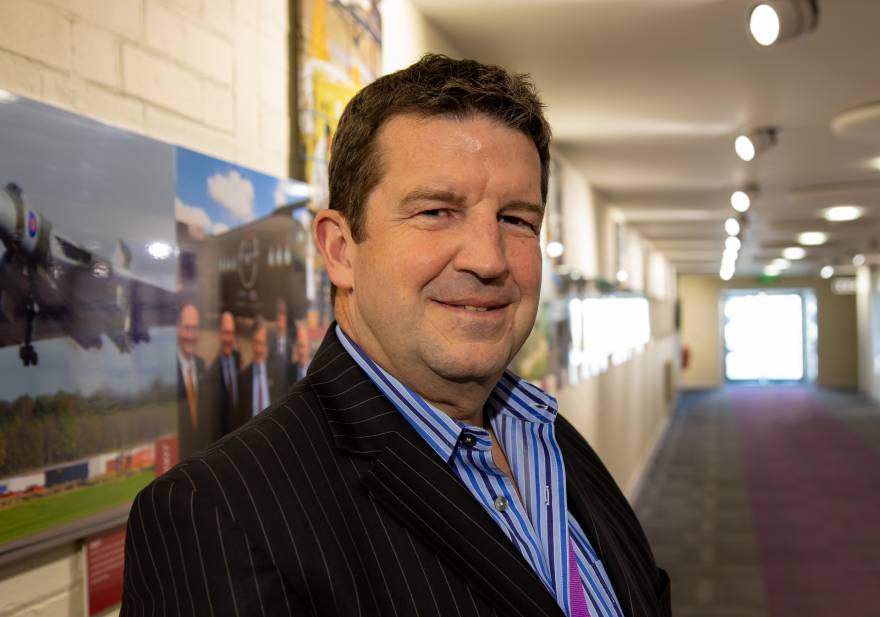 Marshall Aerospace and Defence Group has strengthened its key account management team with the appointment of Lee Doherty MBE MA as Key Account Executive. He will be responsible for developing relationships with the company’s leading customers.

Lee joins after 14 years at Rolls Royce in a range of international business development and supply chain management roles. These included work in the Asia Pacific Region as Senior Vice President, Programme Executive for the A400M’s first flight, Middle East industrialisation working in the UK and Saudi Arabia, and Head of Supply Chain Transformation.

Prior to joining the commercial sector Lee spent over 20 years in the Royal Air Force as a Supply and Movements officer in UK-based and international roles. These included Germany, the US and Hong Kong. In the latter, he co-ordinated the logistics recovery on the handover of the region to China in 1997; in Saudi Arabia during Operation Desert Storm; and led air transport relief and humanitarian convoy operations in Sarajevo for the United Nations, following which he was awarded an MBE. His final appointment was in the UK MOD’s Defence Logistic Operation in Bath, England.

“I am delighted that Lee has joined the Marshall Aerospace and Defence Group. He brings considerable international experience gained both in the RAF and the commercial market,

“Lee’s role will be to develop strong relationships with our key customers and partners, especially BAE Systems, so that they fully understand our capabilities and how we can work with them to help them achieve their goals,”

Lee was commissioned into the Royal Air Force in October 1983 and subsequently gained an MA at King’s College, London, in Defence and Politics.