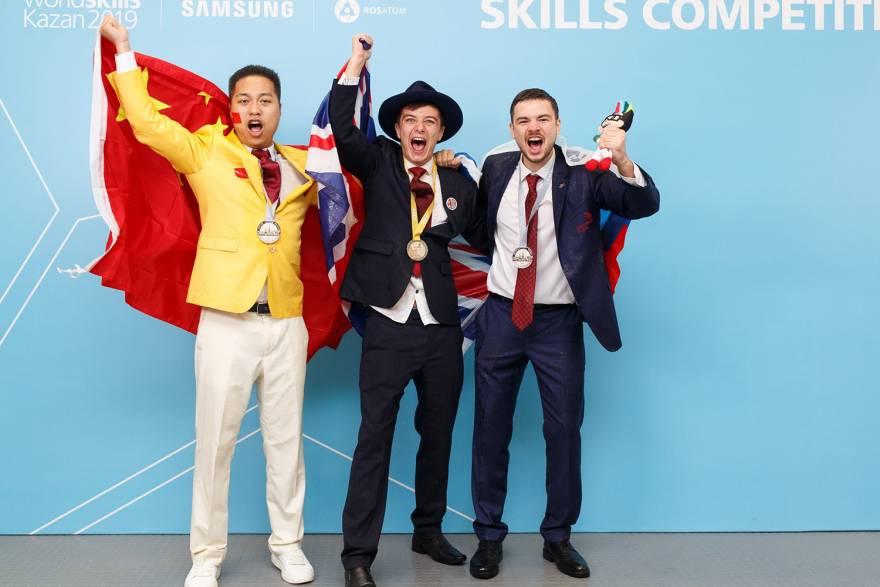 Haydn, 22, who trained with Marshall as an apprentice between 2013 and 2017, beat 16 hopefuls in the Aircraft Maintenance category to win a coveted top medal in the global WorldSkills International Competition.

“This is a fantastic achievement and a true testament to all the hard work that Haydn has put in both during his time here as an apprentice and more recently as he has been training in our workshops in preparation for the WorldSkills event.

“We are delighted to have been able to support Haydn in his gold medal winning efforts and are looking forward to welcoming him back to celebrate his victory with the team,”

Haydn was one of 1,300 of the very best young apprentices from 63 countries, competing in 56 skills over the four day event.

He competed in five tasks in his quest for gold in this year’s championship, the 45th biennial event that aims to promote vocational training skills, boost the UK economy, drive up training standards and increase productivity.

Haydn’s apprenticeship has led him to study for a degree in Aerospace Engineering at the University of Nottingham, after which he plans to go back to Marshall to work as an aircraft engineer.