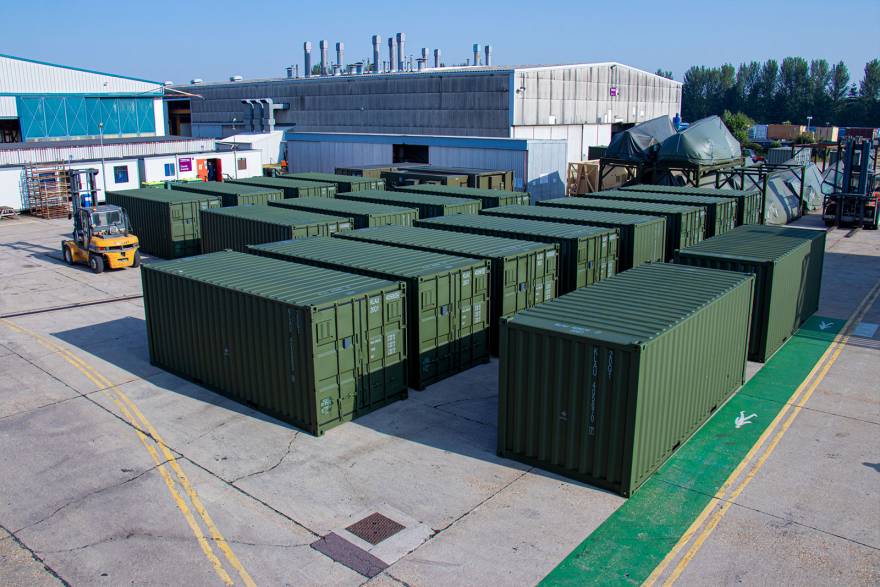 The first Container Systems have left Marshall on their way to the Netherlands as part of the multi million pound DVOW contract awarded to Marshall Aerospace and Defence Group by the Dutch Defence Materiel Organisation (DMO) at the end of 2018.

The units are part of the major Dutch Defensiebrede Vervanging Operationele Wielvoertuigen programme, or DVOW, to update the Dutch Armed Forces with new vehicles, containers and support equipment. These initial warehouse units will be used to train operators in handling the containerised systems and to fulfil a training commitment for their vehicles.

“Marshall has worked hard to meet our requirements not only in terms of quality but also delivery times and fulfilling an early commitment to support our driver training programme, this gives us real confidence that they will keep to the programme over the next five years,”

“We are delighted to be delivering these container systems only seven months after the contract was awarded,

“this is a tremendous effort by our Land Systems team demonstrating their agility to respond to customer requirements and their innovation in developing a rapid development and manufacturing programme for these containerised systems.”

The units will be used after training for warehousing and are the first of the 1400 container systems being delivered over the next five years. These include Command and Control and Medical container systems, Workshops, controlled atmosphere and basic stores units, together with an initial 10 year fully integrated availability support package. As part of the design work Marshall is also providing a new expandable container which uses lighter materials but maintains the strength of its in-service Matrix Expandable products.

The contract comprises two main elements, the production of the various containers and a full support programme. The latter encompasses a full availability-based fleet management package, which utilises a bespoke Fleet Management System to provide assured fleet availability and performance and ensures that the units are maintained to the latest standards, together with a significant training commitment.

Marshall Aerospace Netherlands BV based in Leiden, is providing engineering and supply chain management and acting as a focus for the ongoing maintenance and support contract.

Marshall has had a presence in the Netherlands since 1995 when it provided command and control shelters. Subsequently it has supported the country’s C-130 fleet, provided ambulances, flat racks, and fitted out the Boxer AFV ambulances.