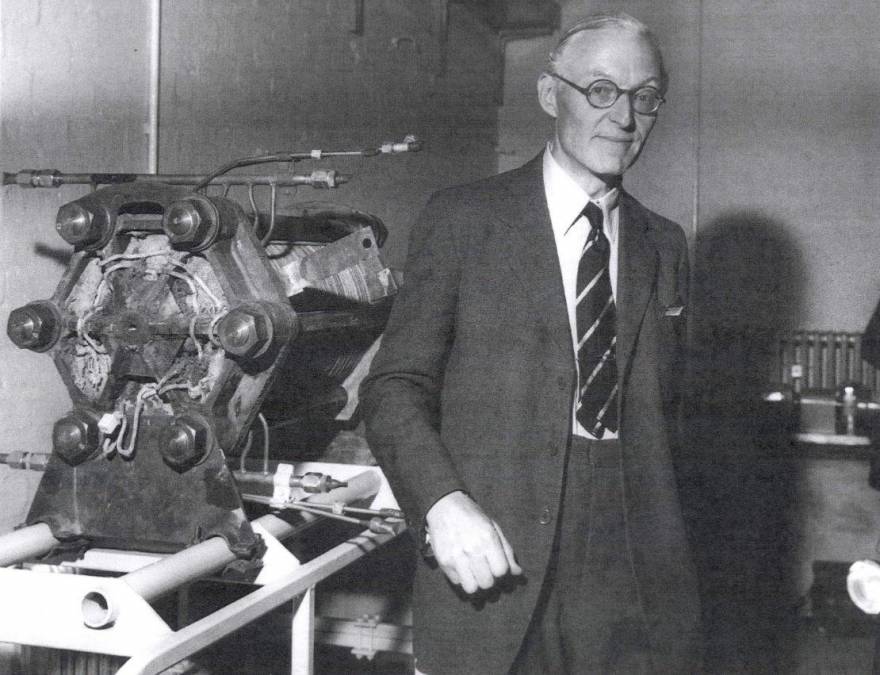 It’s 50 years since Apollo 11 landed on the Moon – a huge human achievement that Marshall helped support. In fact the then President, Richard Nixon, said they wouldn’t have been able to get to the Moon without it. It all started in the 1950s when we worked with Francis ‘Tom’ Bacon, a leading engineer, who dedicated his life to developing fuel cells.

Fuel cells had been around since 1839 but Bacon advanced earlier technology with the development of a double fuel cell that incorporated two units, one for generating hydrogen and oxygen gases and the other for the actual fuel cell. However, high operating temperatures and the corrosive chemicals made the cell unreliable.

Marshall helped Bacon to develop a reliable, automatically-controlled fuel cell to generate a higher power output than had previously been possible, and in August 1959 demonstrated his 5 KW forty-cell battery to the press and industry experts.

The advancements he made with our support led directly to an efficient fuel cell that was further developed and patented by Pratt and Whitney of America, who went on to provide the electricity for Project Apollo.

On 20 July 1969, Neil Armstrong stepped down from the Lunar module to go into the history books as the first man to ever walk on the Moon, followed by fellow astronaut Buzz Aldrin, while Michael Collins stayed onboard.

Pratt and Whitney later congratulated Bacon on the efficiency of his fuel cells, saying they had been 100 per cent reliable during the mission.

Tom Bacon and his wife, Barbara, were later invited to a reception in Downing Street where they met the three astronauts. On a US visit Nixon famously put his arm around Bacon and said:

“Tom, without you we wouldn’t have gotten to the Moon.”

Bacon’s work has since gone on to be used in many domestic and commercial applications, including vehicle fuel cells, and silent power for submarines.

The hangar where he conducted his work, on Newmarket Road, Cambridge, is now used by Marshall Motor Group.