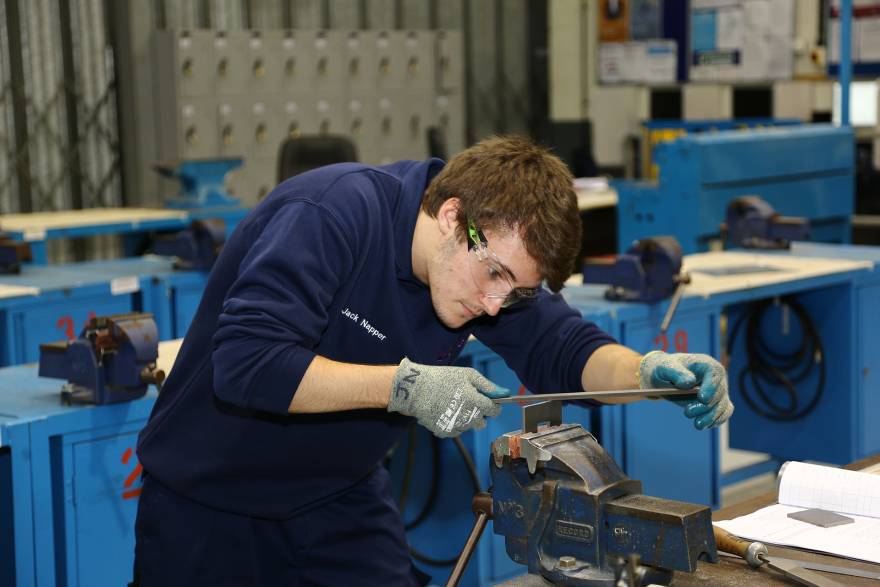 Applications are open for the 100th year of the Marshall Aerospace and Defence Group’s industry-leading apprenticeship scheme.

Marshall has been training apprentices since 1920, making it one of the longest running consecutive apprenticeship schemes in the country.

This year’s scheme has just opened its window for applications for four year engineering training in aerospace and land structures for UK and international military and civil projects.

“There are many far bigger engineering training schemes available but few have been running as long or are as highly-regarded as ours,”

“We expect, and welcome, hundreds of applications from people all over the country, who appreciate that the training they will receive will set them up for life. This is an especially exciting time to join the company, not only because it’s the centenary year of the scheme but also because they’ll be involved in so many exciting projects.”

Apprentices get the opportunity to work on the C-130 Hercules heavy lifter and other aircraft for the UK MOD and other international air forces, container systems for ground-based forces, 3-D printing, design and project management, and are encouraged to challenge working practices for continuous business improvement.

Apprenticeships are available for Aircraft Fitters, Mechanical Assembly and Installation Fitters, Aerospace Engineers and Business Administrators and most of the nearly 30 roles begin in September and one in spring next year.

“Marshall’s apprentices are a special breed. They get stuck in from day one. We have exacting standards and expect a lot, but we give a lot in return, which is why our recruits are so highly regarded,”

This summer one of Marshall’s former apprentices, Haydn Jakes, won a gold medal in a global competition, beating hundreds of aerospace engineers in the WorldSkills Championships in Russia. He was trained by another of the company’s former apprentices, Keirron Mascall, who started in 1969 and retired this year after 50 years in the business.

The application window for the Marshall 2020 apprenticeship scheme is open until 31 January. Applicants can visit the Marshall ADG careers website and search for their preferred role to apply.

Marshall Apprentices - Out of the Ordinary