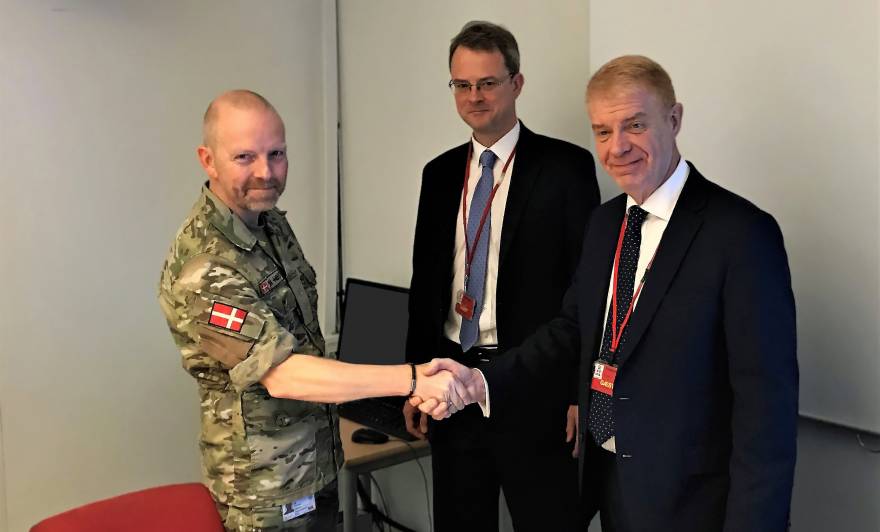 The Danish Ministry of Defence Acquisition and Logistics Organisation (DALO) has selected Marshall Aerospace and Defence Group, after a competitive international tender, to provide advanced communications and networking containers as part of its programme to update the Danish Armed Forces deployable infrastructure.

The company will be supplying more than 40 containers as part of this multi-million pound contract. Included in the contract is fitting out the units to meet the operational requirement and on-call support as required by the Danish Armed Forces.

"As part of our strategy for growth we are increasing our focus on exports. This contract demonstrates that we are on the right road especially as the award is based on our technical competence and pricing structure against a range of international competitors,”

"We have had a long running relationship with the Danish Defence Forces going back to 1996 when they selected us to provide maintenance services for their C-130 Hercules aircraft. This was further extended in 2013 in a ground breaking collaborative support contract in partnership with the Royal Norwegian Air Force,”

This is the second export contract Marshall has won in as many months for military containers. In December Marshall announced a £100 million contract to supply to the Netherlands.