C-130s have the human touch 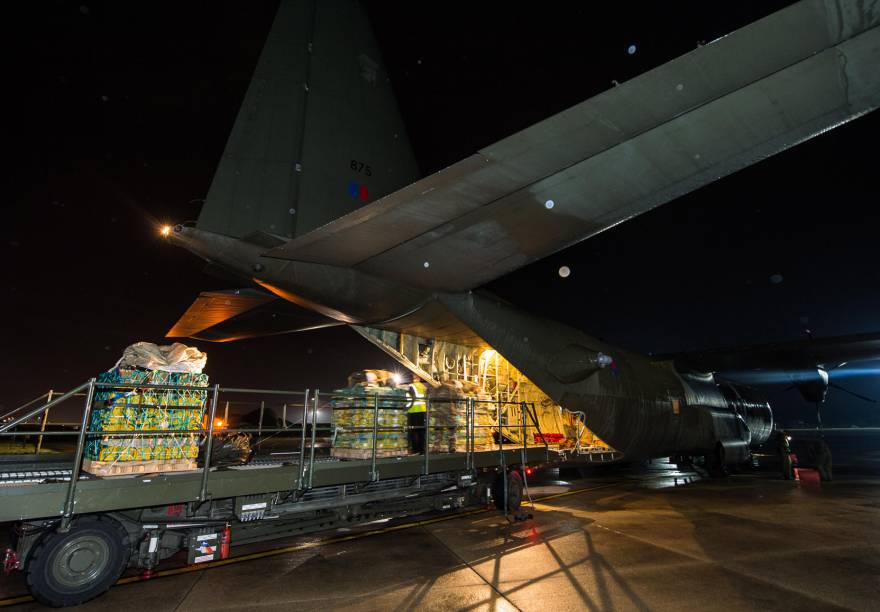 C-130s have been coming to our rescue almost since the day they were launched.

They’ve evacuated people out of challenging situations, delivered medical supplies and food, transported the injured, dropped rescue equipment and landed on some pretty rough terrain – in fact there is hardly a humanitarian mission that hasn’t called on the capabilities of a Hercules at some time in the last six decades.

This Tactical Air Transport aircraft is ideal for flying in to smaller airfields and has the flexibility to deal with shorter runways and the range of unpredictable circumstances that often meet it during humanitarian missions.

Just about every air force that has a C-130 has drawn on it this year to provide support during the current Covid-19 pandemic, whether to repatriate its nationals or to airlift vital supplies.

And a number of air force flew into Lebanon to provide vital medical and food supplies following the explosions earlier this month in Beirut.

The C-130J can carry around 20 tonnes of cargo, which goes a long way to help protect people in critical situations.

Bangladesh provides two tonnes of medical aid and nine tonnes of food to the people of Beirut, and then evacuated 71 of its nationals from the city and took them back home.

When a severe typhoon devastated the Philippines in 2013, the RAF used its C-130s to bring £50m of aid to 800,000 people in the worst hit and most difficult to reach areas.

At the time Secretary of State for International Development, Justine Greening, said:

“The arrival of an RAF C-130 aircraft in Cebu is a significant reinforcement of the UK’s aid relief efforts in the Philippines. This flexible and efficient aircraft can handle damaged airfields and get into areas that would be otherwise inaccessible.”

More than 32,000 tonnes of food was delivered by the RAF in C-130s to Ethiopia in 1985 following a famine that was highlighted by journalist Michael Burke the previous year.

The RAF completed more than 20,000 sorties, including many difficult to reach areas high in the mountains that had only rough landing strips. They presented challenges, but were not insurmountable for the well-trained pilots and navigators and their robust C-130s.

It was a similar story six years ago in Iraq when the RAF also used its C-130s to air drop lifesaving aid supplies, include reusable filtration containers filled with clean water, tarpaulins and basic shelter equipment, and solar lights to 75,000 people.

A number of air forces, including the RAF, also flew onto the damaged runway at Palu following an earthquake and tsunami that wreaked havoc across Indonesia two years ago.

These are just some of the numerous examples of where the robust C-130, affectionally known as the workhorse of air force fleets, has come into their own in areas that would prove inaccessible to other aircraft and proved itself a life saver.