A tip top career in testing 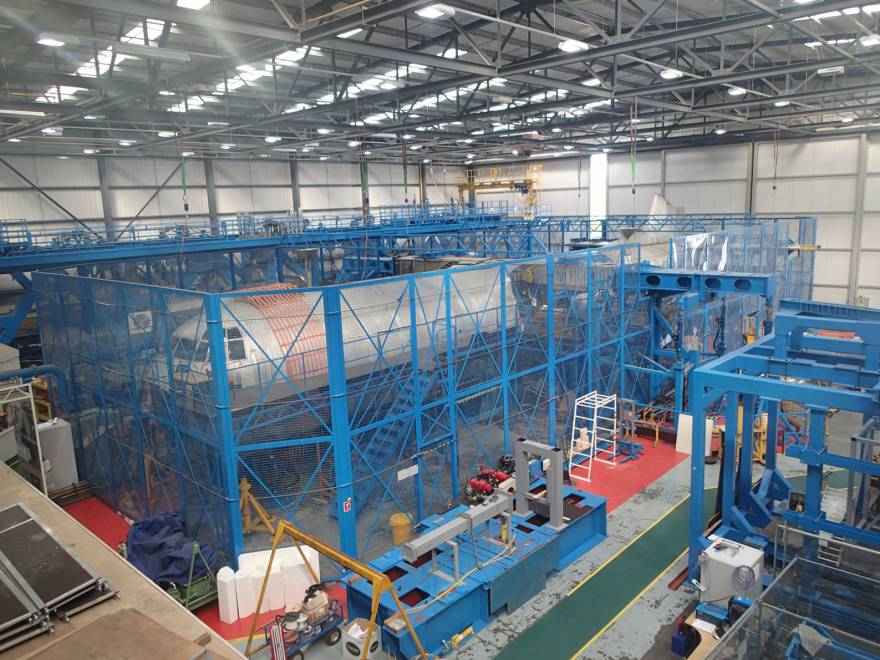 Gary Lindsay started with Marshall Aerospace and Defence Group more than 40 years ago and has seen his career take off to ever greater heights.

He started at Marshall ADG as an Apprentice Technician Draughtsperson and in his 3rd year he moved to the test department where development and airworthiness testing of the RAF’s C-130K wings took place.

“Our tests involved simulating typical RAF sorties from and ran from 1983 to 2003 – looking for defects caused by the fatigue loading in the airframe structure on a so-called tip to tip test rig,” said Gary.

“If we detected defects they would be repaired using a new repair drawing generated by what was then the Aircraft Drawing Office (ADO) but it now known as Engineering.

“The repairs could take anything from a matter of hours to some months, depending on the type of failure and the complexity of the repair.”

Gary spent a while as a Flight Test Observer, where he was part of the flight team, and by the time he’d notched up 21 years in the business he had also accumulated 476 hours of flight tests on a variety of aircraft including C-130, Tristar, HS125 and Bulldogs.

“The aircraft was pressurised up to 7.5 psi with ground and flight loads applied via hydraulic loading actuators representative of RAF flight profiles. During scheduled inspection any defects detected were repaired in an airworthy manner and subsequently tested.

“These repair schemes could be later used on actual in-service aircraft that developed the same defects.

“Since then I’ve worked in the UKAS accredited test lab, based in Hangar 21, working on internal and external test programmes.

“My entire work is structured around ensuring the C-130s we’ve worked on are in tip top condition so they can go back into service to continue protecting people in critical situations.”

Fuelling a change for the better