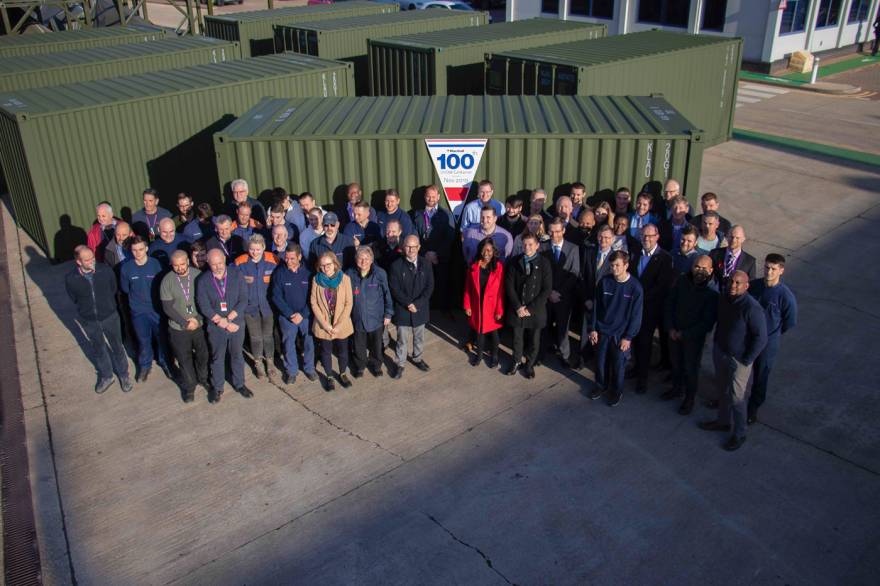 Marshall Aerospace and Defence Group team celebrated a key early milestone in the delivery of the DVOW contract for the Dutch Defence Materiel Organisation(DMO) as the 100th container left its Cambridge production facility.

The 100th container is part of the 1,400 plus deployable container systems in the Dutch Defensiebrede Vervanging Operationele Wielvoertuigen (DVOW) programme, to update the Dutch Armed Forces with new vehicles, containers and support equipment.

Present as the 100th container prepared to ship out was Jaap Dijkstra, Project Engineer for DMO. He said:

“I really like how we work together and the on-time delivery of our containers. It’s all been on time and the project is really well managed.”

The first units were delivered to The Netherlands in July, just seven months after the multi-million pound contract was awarded in December 2018.

“Everyone here really pulls together and we are all very proud to be delivering the 100th container in this programme,”

“We’ve got great momentum going and have forged a great relationship with our Dutch partners and DMO.”

The contract has two elements, the production and delivery of containers, including command and control, medical systems, workshops and basic stores units, plus a full support programme that includes Health and Usage Monitoring (HUMS) and a Fleet Management System.